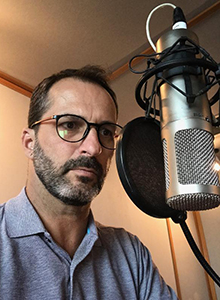 Constantinos Davlos is a journalist currently employed at SKAI TV. He has spent almost his entire career working for Athenian television stations as an economic editor. Previously he has worked at Alpha TV, Channel 9 and New Tempo while he has worked at the beginning of his carrier for the daily Avriani, and the monthly magazine “Money & Life” among other publications.

He is a Deree alumni with a major in Sociology which he acquired with a Distinction and owner of Master’s Degree in Mass Communications from the University of Leicester.

He speaks fluently English and French.

In 2017 he was voted by fellow journalists as a member of the Board of Directors of EDOEAP and he was positioned as Director of the Healthcare Sector of the Organization.

He is a major fan of Baseball and he is dedicated in making the sport popular to the Greek youth, that’s why in 2013 he founded and coached a youth Baseball team called “Gigantes of Paleo Faliro”. He has participated as a player at the Baseball World Cup of 2011 with the Greek National Team and had a perfect fielding percentage. Lately he started rollerblading and participated at the Berlin Marathon. In the past he was interested with horseback riding, windsurf, tennis, ski and water ski.